For The First Time, NASA ‘Touches’ The Sun 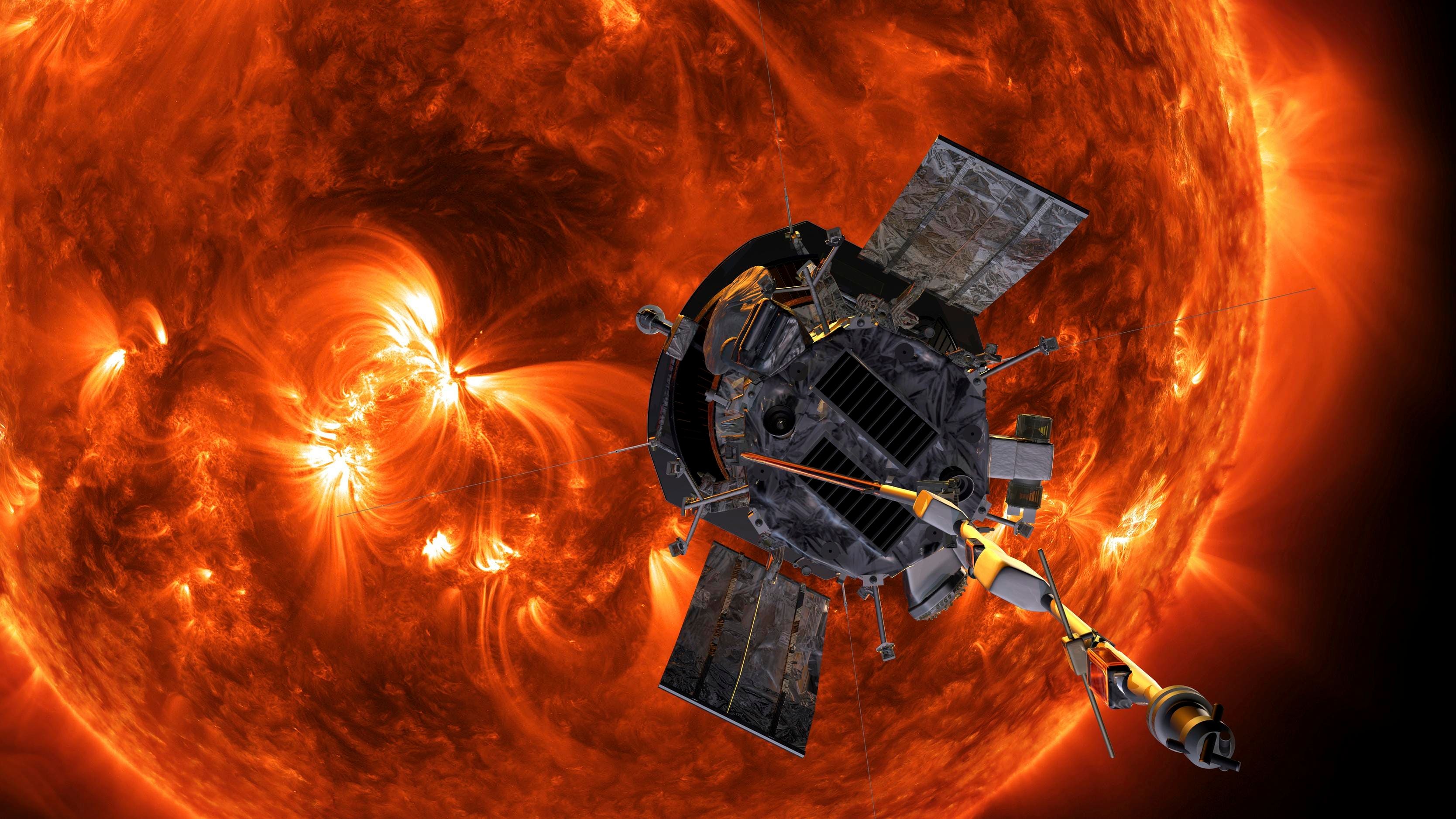 NASA’s Parker Solar Probe has become the first spacecraft to fly through the sun’s atmosphere, where it analyzed particles and magnetic fields.

This image made available by NASA shows an artist's rendering of the Parker Solar Probe approaching ... [+] the Sun.

The probe’s first entry into the corona, or upper solar atmosphere, took place April 28, though it took months to receive and verify the data.

The voyage will help us better understand the sun’s history and its influence on the solar system, said NASA officials, who compared the event to the moon landing.

Astrophysicist Dr. Eugene Parker from University of Chicago is seen after receiving a public service ... [+] medal and the model of the Parker Solar Probe during a meeting at William Eckhardt Research Center in Chicago on May 31, 2017.

The sun’s strong magnetic field and 9,941-degree surface temperature make it difficult for spacecraft to approach. Launched in 2018, the Parker Solar Probe was planned to give NASA its closest look yet at the star. Traveling at up to 430,000 mph, the Parker Solar Probe is planned to approach within 4 million miles of the sun’s surface. Previously, the record for closest solar approach was held by the Helios 2 probe, which passed within 26.55 million miles of the sun in 1976.

While the Pioneer 10 and 11 spacecraft carried aluminum plaques inscribed with greetings from humanity, the Parker Solar Probe carries a memory card containing 1.1 million names submitted by the public.

Carrying the name of astrophysicist Eugene Parker, who theorized the existence of solar wind, the Parker Solar Probe is the first NASA mission named after a living person.

What To Watch For

The Parker Solar Probe is planned to dip in and out of the corona a total of 25 times until its final orbit in 2025.

“A NASA Spacecraft Just Broke the Record for Closest Approach to sun” (Space.com)